2016: Litigation Counsel of Record for Erin Merryn (nom de plume). Erin is a world-wide activist against child sex predators and a proponent of Erin’s Law, an initiative to promote education in public schools to prevent childhood sexual abuse, for which she regularly speaks before Congressional Committees both domestic and abroad. As of May 2016, Erin’s Law has been passed in 27 States, having first been signed into law in Illinois by then Governor Quinn. Most recently, she was the primary participant in a TLC special “Breaking the Silence” about this topic.

2016: Successful representation of a Wife for the acquisition of $50,000.00 from her previous Husband, who had acquired a worker’s compensation award post-dissolution decree from an injury incurred during the course of the marriage.

2016: Successfully defended a husband at trial from claims by his wife of a substantial dowry paid by her family to his family for the parties’ arranged marriage, which she claimed was fraudulent and solely for the purpose of him obtaining American citizenship.

2015: Successful representation of a pregnant teenager detained and tried in Indonesia for the premeditated murder of her mother. Our law firm successfully obtained $150,000.00 from the mother’s trust to ensure the teenager had criminal legal representation in Indonesia that could have resulted in death by firing squad. Additionally, we ensured that the teenager’s daughter was born in a hospital in Indonesia as opposed to the prison infirmary. Finally, Attorney Anthony Scifo was designated by Order of the Court to be responsible for stipend funds to ensure the teenager had access to adequate food, toiletries, and medicinal care while pregnant and incarcerated.

2015: Successful representation as Court-appointed counsel for a woman diagnosed with schizophrenia whose family member sought guardianship of both the person and the estate over our client. After preliminary hearings, the Petitioner withdrew his Petition for Guardianship, and, to our knowledge, our client is free to exercise her wishes both medically and financially to this day.

2015: Jury trial for a disputed estate in excess of $100,000.00 between Wife of Decedent and Daughter of Decedent from a previous marriage.

2015: Successful defense of a removal action preventing Wife from leaving the State of Illinois with the parties’ two minor children. Complexities of the case included, but were not limited to, Wife filing no less than five (5) Orders of Protection against Husband within a two (2) year period for, inter alia, physical assaults and abuse. 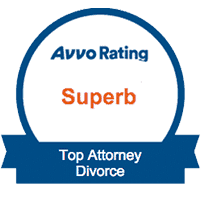 If you need help with any family law matter, including divorce, please contact us by calling 847-628-8311 to set up an initial consultation.

Home
About
Call Us
Service
Menu